5 Best Ways to Develop iOS Apps on Windows in 2023 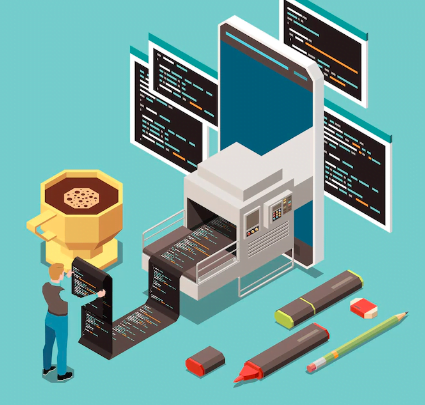 Do you want to create or develop iOS apps on Windows or only have access to a Windows PC? Considering how challenging it is, you may be considering giving up and instead purchasing a Mac. Please read this guide first. Five methods are described here for creating iOS and iPadOS apps on Windows.

If you’re interested in making Android apps but need help determining where to begin, check out the handy guide for Windows.

The Challenges to Develop iOS Apps on Windows

Because of Apple’s closed ecosystem, creating apps for the iOS platform is impossible on anything other than a Mac. The only IDE that supports creating iOS apps is exclusively available for Mac. Installed is required for essential development capabilities like iOS device emulation on a PC.

However, many people need help to afford a Mac because of its high price. Several options exist for creating iOS apps on a Windows machine alone. Developing an app for macOS can be done on a Windows computer. One alternative is to use cross-platform development tools on Windows to create the software. Keep reading to learn more about these two strategies’ finer points.

Facebook’s Javascript framework for creating apps for Android and iOS is called React Native. Thanks to React Native, you can leverage native UI components to create apps that look and feel at home on iOS. Furthermore, the efficiency is improved compared to using a WebView app, which merely renders a mobile webpage in a browser. Because of React’s widespread adoption, many valuable resources are available to assist you in your work.

When combined with Expo, a set of useful development tools, React Native becomes even more powerful. Expo Application Services (EAS) are crucial to Windows programmers since they allow you to create and submit iOS apps in a hosted environment. Expo is free. However, the EAS service requires payment.

Even if speed is good, it will not be optimal because React Native uses Javascript and does not compile into native code. Do you wish to enhance the performance of your code? Look at these snippets of code that will help you with JavaScript.

Google’s Flutter is an app framework that can be used with the Dart programming language to create programmes that run on several platforms. Unlike React Native, which uses native UI components, Flutter compiles native code, making it even quicker.

If you don’t have a macOS machine but want to build and distribute Flutter iOS apps, you can use the premium cloud service Codemagic.

Because Flutter and the Dart programming language are not utilised to the same extent as React and Javascript, fewer resources are open to developers working with these two technologies.

The Haxe programming language may be used to create apps for iOS as well as a wide variety of other platforms. If you need your programme to function on multiple platforms, including mobile devices and the web, this is the way to go (both front and backend). Haxe may be best known for its use in making games, but it can also be used to create iOS apps with a static user interface.

Haxe dabbles in many different areas, but he excels at none. Due to its focus on cross-platform app creation, it is unlikely to include iOS app development specific capabilities, meaning that the app may not have the same native feel as one built using React Native.

Start taking an interest in computer programming? Check out the top channels on YouTube to learn to code.

Adobe AIR could be a good fit if you have previous experience developing with Adobe Flash or Actionscript. Since it is built on Flash, AIR facilitates the development of rich and animated experiences, such as 2D games, from a single codebase that can be deployed to numerous platforms. The AIR toolchain allows Windows users to create APKs for Android, iOS, and desktop apps without leaving the operating system. Using Adobe’s Animate CC in tandem with it makes it the quickest way to get your idea on the screen.

Vector-based graphics, like those used by AIR, have the downside of being extremely power-hungry. Additional programmes called AIR Native Extensions (ANEs) are needed to execute core functionality like in-app purchases, adding an extra layer of complexity. They usually don’t come cheap.

The AIR platform itself could incur additional fees under Harman’s leadership. Adobe will provide AIR at no cost if your annual revenue is less than $500,000. Your programme must display an AIR splash screen to use the free tier. Higher-earning users are forced to upgrade to a paid level that removes the splash screen entirely (beginning at $199 per year).

Cloud connectivity to a simple macOS system is a viable, albeit expensive, choice. You can accomplish this by paying a regular charge to service providers like MacCloud, MacStadium or MacinCloud. If you choose this route, rent it for as long as possible to create and publish your app, and then cancel your subscription. Most of the coding would be done on Windows using one of the developments mentioned above techniques, and then the code would be sent to the macOS cloud instance for compilation and upload.

These alternatives are just what you need to develop iOS apps on Windows if the lack of access to a Mac OS keeps you from getting started with iOS development. These alternatives to native Mac development have been tried and tested by programmers worldwide, and while they may be a little more involved, they provide significant advantages. At the end of the day, learning about Wama Technology, a top mobile app development business based in India and the United States, is essential to the iOS app development service. As soon as you feel at home there, you may begin working on your app using the resources here is already covered.