How to Design an API (Application Programming Interface) in Detail 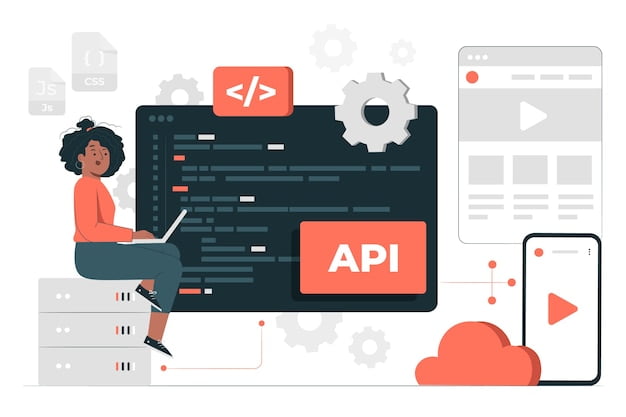 APIs, or application programming interfaces, are the means by which we may connect various enterprise-level systems, exchange information across programs, and embed the capabilities of external services. To build cutting-edge websites, it is crucial to be familiar with making an API.

For your API strategy to succeed long-term, careful planning is essential. The API should serve both the intended audience and your business. The only people who would have access to and use such a remote API would be the developers employed by your company. As a result, you have a better knowledge of the target audience. The opposite is true with public APIs, which anybody with the appropriate access may use. Because of their specific needs,

Interface development strategy has to be planned.

Before writing the first line of code for the API, you should create an architecture that fulfills your objectives and reflects the needs of developers who will use the API. Do this before you begin writing any code.

It’s essential to break out the API’s design into many tiers.

You should segment your API into three distinct layers, with each layer responsible for a specific need. These layers, shown in the following figure, will be a barrier between the user and the API’s logic.

Third, think about your protection.

Poorly designed APIs may lead to a wide variety of security issues, such as weak authentication, API keys in URIs, injections, exposed sensitive data, stack trace leaks, replay attacks, distributed denial of service attacks, and more. However, APIs that aren’t well-built might also be a significant security risk. Therefore, incorporate the following four security layers to guarantee that security is prioritized throughout the whole design process:

You may offer API keys to developers as a way to monitor who is using your application programming interface (API). These credentials might be utilized to aid in investigating “illegal” behavior.

A user’s identity may be verified using OpenID. It takes the programmer to an authentication server where they may confirm their identity with an access token.

After a user has been authenticated, they will be given access to a list of permissions according to their level of authority. We find OAuth2 to be the most convenient method of authorization. Tokens are utilized in place of traditional login credentials, making this method more efficient and safer than its predecessors.

Adopting encryption methods like SSL and TLS is highly recommended to protect API connections from threats like credential hijacking and eavesdropping. Sensitive information, such as medical records or financial documents, should be encrypted from beginning to end. Tokenization or masking of the data may be used to keep it from being indexed by logging and tracing software.

Build up your application programming interface.

Now that you have finished designing your API, you can go on to creating it. Iterative processes accomplish this. Our most effective approach is constructing our APIs one endpoint at a time, gradually adding more functions, testing them, and creating detailed documentation.

Put your application programming interface (API) to the test.

Using API virtualization, you may begin testing your API before it is fully developed. Unit and Integration Tests, Functional Tests, Reliability Tests, Load Tests, and Security Tests are just some of the types of tests you may run. Some fundamental principles for testing APIs are outlined below.

API functionality testing in isolation from one another

putting it through its paces under a variety of real-world network conditions that mimic what real users could encounter in the wild, modeling defects and precarious circumstances on the brink via a range of responsiveness and

Monitor your application’s user interface and take suggestions into account.

Deploying your API to production happens when you have finished all required testing and reviews. Most business APIs nowadays are hosted on API gateways that provide robust security, speed, and scalability.

The web development of modern websites is impossible without APIs. They act as a glue that binds the different parts of a program together, facilitating communication between them.

This article outlines a five-step process for constructing an API, one endpoint at a time. After determining what features are necessary, you may go on to design the API architecture, define the API’s responses and error messages, build the endpoint, test it thoroughly, and document it in great detail. We in Wama Technology we develop best app development services for web