What is a Cross-Platform Application Development Framework?

A cross-platform framework is a toolkit that facilitates the creation of native or native-like apps for many platforms, including but not limited to Android, iOS, Windows, and the Web, from a single source codebase. You can now reach a much broader audience across numerous channels and spend considerably less time and money. 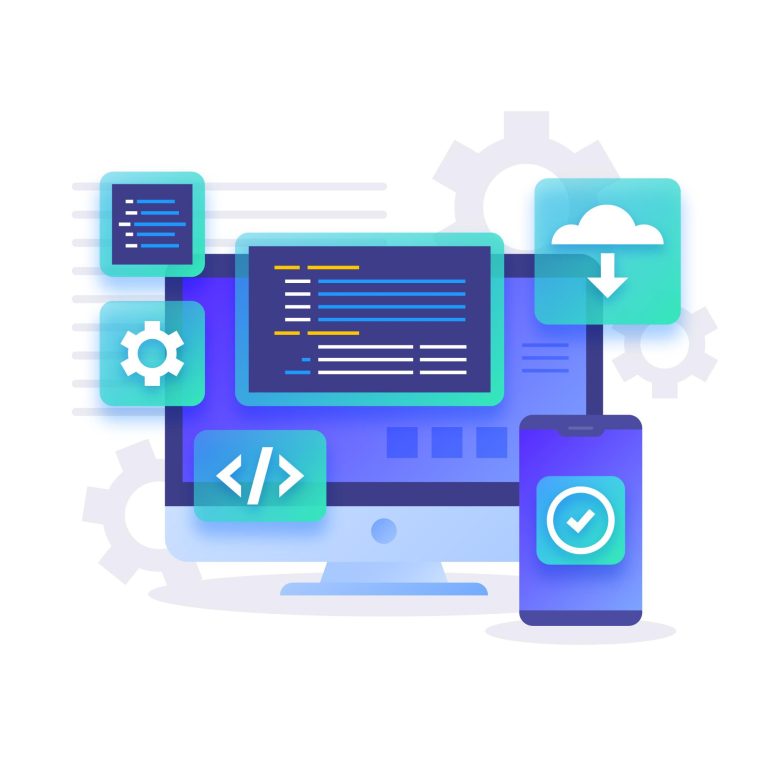 Why Using a Cross-Platform Application Development Framework Is Beneficial?

Some advantages of using a framework that can be used for several platforms to create an app are listed below.

Thanks to a shared codebase, developers are freed from writing and maintaining separate program versions for each supported platform. This means that deployment, maintenance, updates, and bug patches are all straightforward and quick. When changes are made to the code, they are instantly synchronized across all supported platforms and devices.

By allowing you to distribute your software across numerous platforms, such as Android, iOS, Windows, macOS, the Web, etc., cross-platform application frameworks increase your chances of reaching your intended audience. This guarantees exposure to more people who could end up buying your product.

Utilizing a cross-platform framework simplifies the distribution of a consistent user interface and user experience across multiple platforms while adhering to each set of guidelines. Users will be more likely to identify and utilize your app across all devices if you provide a consistent experience.

The Facebook-developed React Native framework uses the React JavaScript library to produce native-looking user interfaces for mobile and desktop devices. For lightweight apps with a straightforward cross-platform API, React Native is a fantastic option. Despite this, native code is frequently required to fill in any gaps in functionality for complicated apps. React Native was included for the first time on the Stack Overflow Developer Survey Results 2019’s list of feared frameworks.

Due to its excellent compile-time verification, developers can expect fewer run-time errors while using Xamarin. Additionally, Xamarin’s native-like app design is simplified by the framework’s assistance in designing a native app’s UI and controls.

Microsoft’s IDE for the.NET Framework, Visual Studio, can now be used to develop Android, iOS, and Windows apps, thanks to Xamarin’s integration with Visual Studio.

Ionic, built on AngularJS, is an impressive and widely used framework for creating apps that run on multiple platforms. The Cordova wrapper enables developers to access native platform controllers using a variety of popular programming languages, including HTML5, JavaScript, and CSS.

With Ionic, programmers can design a beautiful and intuitive UI for their apps and integrate proper functionality without sacrificing speed or efficiency. Thanks to its ability to produce apps with a high degree of interactivity and a feeling of native familiarity, Ionic is also an excellent choice for PWA development.

There isn’t a better platform than Node.js for making programs run on several platforms. Node.Js is an open-source framework for running applications written in JavaScript, based on the same V8 JavaScript engine used by Chrome. It’s a free platform for creating scalable server-side networking applications. The efficiency and responsiveness of cross-platform apps built using Node.js are unparalleled.

An innovative mobile development solution, Codename One, was founded by former Sun Microsystems programmers building on research conducted there. Its primary selling point is its ability to provide developers complete access to the native platform, allowing them to write native code directly from Java or Kotlin and take advantage of all the features the native mobile platform offers.

After Adobe purchased the PhoneGap project in 2011, the open-source community created Apache Cordova as a branch. Adobe will no longer support PhoneGap after 2020. A mix between a native app and a Web app, Cordova-built apps sit somewhere in between. Cordova allows platform-specific encapsulation of scripting languages like HTML, CSS, and JavaScript. Cordova apps use API bindings that adhere to industry standards for each device’s unique data, sensors, network status, etc.

Titanium SDK’s main features include a cross-platform API, direct access to native Hyperloop APIs, and Alloy’s MVC-based framework. Prefabricated connections to popular databases, including Salesforce, Microsoft Azure, Microsoft SQL, MongoDB, and Box, are available in Appcelerator. In addition, ArrowDB is provided, a schema-less database that facilitates the deployment of data models with minimal effort on the part of developers.

The Ruby language is commonly used for building websites. Nevertheless, RubyMotion makes it possible to use Ruby to create mobile applications. The Ruby foundation for RubyMotion comes from MacRuby, an implementation of Ruby developed and maintained by Apple. To make MacRuby available on systems other than macOS, RubyMotion adapted and expanded upon it.

RubyMotion apps use the same features and APIs as native apps because they are created in the same language. Developing a RubyMotion program is done in a text editor of your choice from the terminal command line.

Qt is a framework for creating applications and graphical user interfaces (GUIs) that can be deployed on various platforms, including mobile, desktop, and embedded devices. Qt is compatible with multiple compilers, including Visual Studio, GCC, and PHP, through a plugin system.

If you’re interested in code reusability, cost savings, simple maintenance, and rapid deployment, cross-platform app development is the way to go rather than native development. A cross-platform approach can make your code easier to understand, manage, debug, reuse, and scale. There is NO universally applicable solution for selecting the most appropriate framework for developing cross-platform apps. Your technical expertise, Wama Technology preferred programming language, project needs, and the platforms you intend to target will all play a role in determining the ideal framework for you to use.