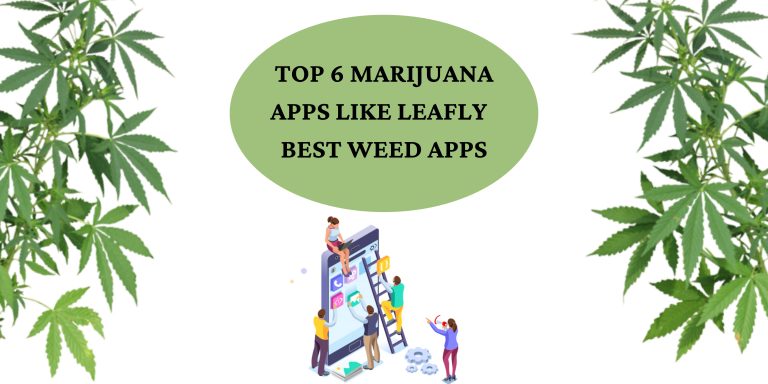 In the middle of the 2010s, a growing number of states legalised Marijuana for medical and recreational use. As a result, the market for and popularity of cannabis skyrocketed. It was reported by Retail Dive that one year after recreational Marijuana apps was legalised in Colorado, licenced retailers had already raked in nearly a billion dollars in sales.

The same report estimates that by 2025, legal cannabis will account for 77% of the market, totalling $166 billion. The current global cannabis market is estimated to be $150 billion.

As a result, dispensaries rely on eCommerce platforms to expand their operations and satisfy customers across the country. Many startups were launched with the help of a digital platform to keep up with the increasing demand and eventually became successful, well-known companies.

One of these is Leafly. Its app is widely regarded as one of the most reliable and effective cannabis-related tools available. Leafly is the final stop for any cannabis information or purchase needs. Launched in 2010, Leafly now receives over 15 million monthly visitors and 40 million page views per month from its desktop and mobile platforms combined.

Many established dispensaries, using Leafly as a model, are transitioning to online cannabis delivery in order to attract a broader customer base and make medical cannabis a readily available strain.

Here are the six top cannabis delivery apps development companies that have made a name for themselves in the online retail space and are now serving as models for established cannabis retailers and new entrants to the industry.

It would appear that Leafy has everything one may require regarding cannabis. Due to the fact that it gives exhaustive information on all cannabis products and strains currently on the market, the website or app is quite popular whenever the subject of purchasing cannabis comes up.

It is used by a significant number of people who are consumers of cannabis, and its app is offered for Android and iOS. The app is a database of ratings and comments and gives users the ability to filter their search based on parameters such as the type of place, the menu item, and their budget. Leafly verifies that all cannabis sellers and producers included on its website and mobile apps comply with all applicable local, state, and federal laws before adding them.

Eaze comes in at number two on the list and is an application that, as its name suggests, is focused on helping patients with the medical benefits of Marijuana. The layout of the app is highly comparable to that of the Uber app. This suggests that the user interface is easy to understand. After an order has been placed, the consumer is provided with complete transparency regarding its whereabouts up until the point at which it reaches its final destination.

Because of this service, meeting your medical requirements of consuming edibles, cannabis flowers, or cannabis extracts is as simple as having them delivered to your door. At this time, Eaze is exclusively offered to customers in the United States.

The number of people using the WeedMaps app has increased at a dizzying rate in the years since its debut. Sites such as WeedMaps exist, in large part, to bring together people working in the cannabis sector from different parts of the world.

Customers have access to a variety of services, including on-demand doctor consultations, delivery services, and dispensaries with physical locations. The place where users geo-locate can be used as the shipping address. After that, you can determine whether or not any of the nearby areas sell medications derived from cannabis. The website also has a search box, allowing users to seek particular strains they want to buy before making a purchase. It comes down to which interface and set of features you prefer more between Leafly and WeedMaps.

Vana is an app and website that serves as a marketplace for Marijuana. It was formerly known as Muncheez. This is, without a doubt, one of the most excellent Marijuana apps currently available, and it does an excellent job of delivering pot. They recently raised $10 million to fund their expansion plans.

The capability to build connections with nearby dispensaries, doctors, and cannabis-centric firms is one of the many new features that have been added to Vana’s e-commerce platform in recent months. Vana’s mission consisted of two parts: the first was to disseminate accurate and helpful information about Marijuana to people all over the world; the second was to facilitate connections between patients and licenced marijuana dispensaries; this was true regardless of whether the patients were looking for Marijuana for medical or recreational purposes.

GreenRush is an marijuana app that’s quickly become one of the most popular ways to have cannabis delivered. The user interface has been updated to be more intuitive. When a user downloads this app, they have the ability to have cannabis, weed, or Marijuana delivered directly to their front door.

However, the location of the patient is a significant consideration in the process of medical marijuana delivery. This is beneficial for retailers since it enables them to broaden the range of products they offer.

The developers of the Weden app have the primary goal of streamlining the distribution of edible marijuana products as their primary concern. Customers have the ability to rapidly explore the menu and place orders thanks to the intuitive design of the Weden app. The reordering functions of the app are among the most convenient that are currently accessible, and the company’s insightful blogs offer news and insight about the cannabis market that may be used in advertising.

In the wake of the widespread decriminalisation of cannabis use, a growing number of companies have begun investing in e-commerce platforms like websites and apps specifically tailored to the marijuana industry in order to serve their customers better and keep up with the demand. In light of these rising figures and facts, Wama Technology can help you verify your idea for a marijuana delivery app or a lifestyle information app. We are the best mobile app development company, so naturally, we have made a lot of cool marijuana apps.